Three years ago, I went back to work.  I had left the library pregnant... glowing... happy.  I returned to it empty, a shell of who I once was.   I spent a lot of that first day in my office, crying.  As a public library director (I was a branch manager for one of our county's smaller libraries), I was in constant contact with children, babies, and pregnant mothers.  I mean, after all, libraries are family places.  It was a Tuesday in 2008... Infant storytime... Mothers I'd been pregnant with...  I cant really think about it.  It still brings me that ache in the pit of my stomach.

Two years ago, Nicholas would have been 14 months old and I was 4w4d pregnant with Bobby and Maya.  I was still working, although that was quickly coming to an end.  Two weeks later, and I'd given my notice.  A month later, and I was on my last week.  April, two years ago, was a crazy time of being a nutcase pregnant woman and trying to tie together the loose ends of my job.

A year ago, it was Holy Thursday... The day before Good Friday.  And I'd just found the Shrine of the Holy Innocents.    What a difference a year makes!

Maya was still such a peanut... 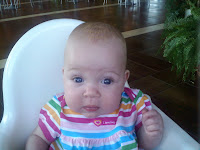 And Bobby... Well, he was still growing well above schedule! 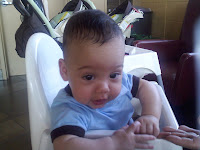 It's crazy...  I thought they were so big then; I had no idea what was in store now!

And now, this year.  This year, we have music class and visits with PawPaw (my dad).  We have a Friday of Lent, where we're having Alexander's favorite meal for lunch and where I'll come up with some sort of recipe for the orange roughy in the fridge for dinner.   We have babies that are really toddlers, who talk and run and walk, who tell us which way is up.

I couldnt see this day three years ago.  And sometimes, even now, I am blown away by the gifts that I have been given. 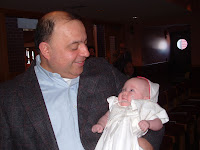 Oh my goodness! They were soo stinkin' cute as babies.

It's amazing what can change in a year, or a few years. They're adorable!