Today, I finally entered politics on Facebook with this post.
---
Friends, I've stayed out of political chats and have avoided commenting on most posts. The one thing that this election cycle has shown me is that most people need far more than whatever Civics & Government class is required in American schools. Voting for a President is voting for your ideals; to make government truly work, you vote for Congress.  A President creates no laws and, contrary to popular belief, doesn't stack the Supreme Court. The President signs bills approved by Congress and can utilize a veto power that can be overruled by Congress.  The President brings a SC nominee the Senate, who then approves or not the appointment.  Our government's power is meant to rest in the hands of the people, utilized via Congress.  Don't use your vote as a "forced hand" choice.  If you love and support Trump, by all means, vote for him.  If you love and support Clinton, by all means, vote for her.  But if you are voting for a candidate because you hate the other more... This is not what voting is meant for.  You only waste your vote when you refuse to use it to send your own message of confidence in your government.  Vote for Trump, for Clinton, for Stein, for Johnson, write in McMullins or Sanders.  But vote your conscience.  Vote your ideals. Vote what you hope this country is able to become. And care enough about this country to realize that your presidential vote is only one very small piece of the puzzle. Take the time to research your congressional choices and vote according to how you want our government to function.  One vote matters little if we are all just voting "the lesser of two evils"; but if we utilize the power that people have fought and died for us to have, then we do make a difference.  Someone will win the vote; it will likely be Trump or Clinton.  But do not go gently into the night.  Do not feel resigned and sad, as though voting is a pointless exercise in futility.  If you cast your vote with dignity- no, your VOTES with dignity- then you are the greatest sign that our system can still work. #WeAreBetterThanThis
Posted by Michele at 10:31 AM No comments: 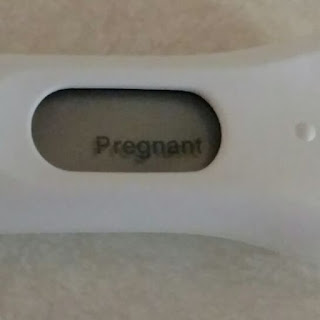 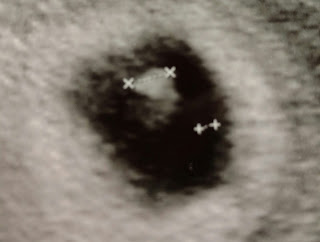 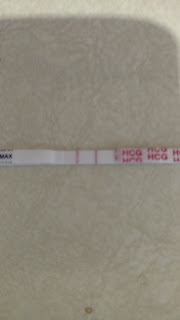 Regardless of everything else, there is a new baby in our lives and we are grateful for the chance to know this new little one.  For now, we are taking it one day at a time.
Posted by Michele at 8:00 AM 5 comments: