Completely unbaby related (well as unrelated as my baby-focused mind can be right now) and even ungrief related... Just a musing that has been on my mind.
So... As you may remember from my pregnancy dreams (and my nonpregnancy ones), I have a slight (or one could say fairly large, but really, who's counting...) crush on Daniel Craig. If you live under a rock, he is the latest James Bond. I'm normally not a fan of blondes (with Miss Maya being the grand exception) but there's something about his eyes and that square jaw that really get under my skin. In a good way.

(a publicity shot with Casino Royale's "Bond girl", Eva Green)
So, anyway, I admit it, I find him quite attractive and, the other night, as I was checking on when the next Bond film will be released during my moo-chine-ing (sadness... it's going to be at least 2010, possibly 2011...), I came across an article written after "Casino Royale" had come out (with the infamous coming-out-of-the-water shot where you can see, quite nicely, Mr. Bond's bod) and just prior to the release of "Quantum of Solace", where the actor is being asked about his "sex symbol" status. He responded with this quote: "I’m 40 now, and in five years’ time or even less, sex symbol might be a really kind of weird term to attach to myself. How about sexy father figure?”"
As I read this, I thought "how cute". But then the comment really got my goat. A woman could never say that. At 40 or 45, it's rare that a woman is still thought of as a sex symbol. She's more often thought of as "passed her prime" even though she may not even be middle aged yet! Mr. Craig was signed to do Bond movies at 38 (and yes, Bond needs to be in his mid-thirties at the earliest to chronologically fit, so, age wise he was a perfect fit) but when you think of Bond as a sex symbol, which he has been for decades, it puts things in quite the different perspective. That beautiful co-star that shares the picture I posted? She was 23. In fact, most Bond girls have a significant age difference from their Bond counterparts. As Peter said, it's common that you have a much younger "hot" woman than an older one. And, if she's significantly older than her male lead, it's (9 times out of 10) written into the story that way.
What an obsession we have with aging. I dont mind my grays. I dont dye them to hide them. I dont mind my wrinkles or the imperfections with my skin, so I dont bother to wear make-up either. I am who I am. Celebrities pay to look "on" all the time and we talk about how beautiful they are and then, when a tabloid snaps a picture where we can see cellulite or a makeupless whomever walking to the mailbox who looks less than red carpet fresh, we talk about how they've "let themself go". There arent 40+ year old women who chuckle about being called "sexy" and then say "I'd rather be thought of as a beautiful mother figure." Because playing the mother is reserved for old people and God knows, no one wants that kiss of death.
Like I said, this post has absolutely no point to it whatsoever. I know part of it comes from my own body consciousness. We change over time and it's hard to look back at who we were and who we are now. Mentally, I know I'm not even close to the girl I was before and the woman I am now knows that and is okay with that. That girl believed in the happy ending. This woman knows that happy endings only come with fairy tales and that every happiness is hard fought and hard won. But physically, this woman longs to be that girl with a 27 inch waist again, who was athletic and could run a good 4 miles without her knees having a hint of hurting. That girl who could fit into Peter's pants without unbuttoning them. I wasn't rail thin (nor would I want to be) but I felt good. After the PCOS and Hashimoto's were unlocked, that 27 inch waist disappeared. I have no issue with it disappearing in pregnancy, but I'd like to have it back outside of that. I dont need thinness. But I need to know that my kids wont grow up with hang ups about their weight or feel like Mommy is on a diet or unhappy with herself. And that brings me to the celebrity comment and the realization that I'm no better than the people star watching and waiting for the cellulite picture. It's just that I'm not watching Madonna; I'm judging the woman in the mirror instead. And damn; it's so easy to judge her... 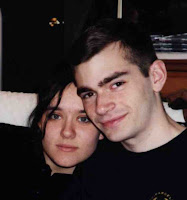 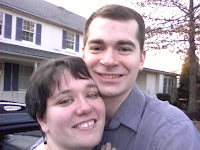 You look great. :-D I think it's wonderful that you love and accept yourself. The celebrity look is unattainable. I quickly realized that. They have professionals making them look "on" all the time. We real people don't have time for that kind of stuff!

Hope you and the family are doing well. :-D

I find it amazing how much we learn as we go through specific tragedies and hardships in our lives. It really makes us much wiser and shapes us as a person. Are there some aspects of our lives we wished hadn't changed? Absolutely, but at the end of the day if we can look at ourselves on all levels with some satisfaction then we have done our job. Great Post!! So true!!

I like your musings. It's such a fine line to tread in this society, being aware of the crazy levels some people take thinness to, while being conscious of health and wellness reasons for wanting to be thinner. Not for wanting to be a size 000, but wanting to weigh what we weighed ten years ago.

It fits in with not wanting to be the "sexy young thang" forever, but that's hard when it often seems to be all our culture values women for.

As always, I love reading your posts. You inspire me to try to be a better, more optimistic, more thoughtful person. Thank you for the challenge.

(And you look 20 times better in your 2009 photo than in your 1998 one. You look loved and happy. You look like you know where you belong. You look beautiful.)

I have the opposite "problem." I have looked exactly the same for almost 2 decades. If you were comparing photos from the mid-90s and today (well, not literally today, being 8 months pregnant and all), you'd be hard pressed to guess which was which. Same body, same weight, same face, same hair, same everything. Which will make the transition all the more difficult when I finally do start looking different.

Hopefully I'll be happy with that me too. We shall see.

I agree completely with you and also with Jessica's post above. I like what you say about not wanting to be the mother who is always on a diet or who passes down self-conscious body issues. Before I went into the hospital, I was a lot more diligent about wearing makeup all the time. Then when I was on bed rest, I realized how liberating it was to not to have to worry about it anymore, and realized it really didn't matter - there are so many more important things in life than perfect hair and makeup. When I came home, I no longer cared about makeup as much. At first I thought it was grief-related, but I think I have just learned that how I look does not define me.

Is your hair short in that picture?
Cute! Oh how I would love to be smaller, have the energy I use to have and be able to breathe. I do not want to be thin, just about 50 pounds lighter, like a size 14, maybe a 12. I was a 0 in HS.
Men are always sex symbols! It's always okay from them to be sexy at any age and they can always date a younger woman. When it comes to those two things, we live in a man's world. He is handsome!

You look a tonne more happy and complete in the recent photo than the one 10 years ago. Strange how Peter looks almost exactly the same as he did back then. But also, he looks more content now than 10 years ago also. Who cares about make up now when you have so many other more meaningful things to do with your time?

We should move to Italy where they think giving birth to a child and life experiences make a woman more beautiful...

OH.. also makes me VERY angry how almost every woman I know is concerned about her health and how she looks and tries to eat healthy and be physically fit for her husband to the best of her ability, but almost all the husbands (including mine) are like... "Meh. I don't have the time. And I don't care. I'm healthy enough." Really pisses me off.

My daughter takes pictures and is starting to take them for others. I have watched her air brush the pics and she can change someone completely. She can even move eyes and give someone 3--or more--eyes (not something she actually does for the pictures of others but she was showing me what she could do) Those celebs don't look much different than anyone else if you have seen them without having the pictures fixed up. Pounds can come off and so can wrinkles with air brushing. So I guess just being happy with ourselves is the best idea.
Anne