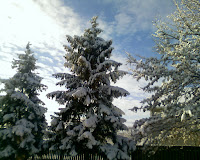 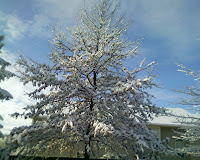 Catholic Social Services didn't show up. First 6pm rolled around. We waited on the couch and waited.... And waited... And 6:30 came and went. Then 6:45. Peter went upstairs to look for her number on email and, once I made sure there was no one in our drive, that the doors were open, and the doorbell worked, I joined him upstairs. Checked my email. Nothing. Checked the phone log (that I checked when I got home). Still empty. I searched through my email and found the case workers phone number and called. It went to voicemail. (Big surprise, seeing as it is 7pm by this point). I left a message, something along the lines of "Hi, we had an appointment tonight for our home interview between 6pm and 6:30pm. It's 7pm and we haven't heard from you. We're not sure what happened, so if you could please give us a call and let us know." 7:15pm. Nothing. I haven't eaten all day (other than some junk food at work) and my stomach is hurting. At 7:30, we decide that she isn't coming and decide to go out for Thai food. Just in case, I take my cell phone. You know. In the event she does show up over an hour late.

I cried like a baby. It felt like, once again, the hope we were beginning to have was shattered. Peter just held me in the office while I wept, assuring me that things were fine. Maybe she was hung up on a case, he reasoned, or she got sick and wasn't able to call us. Finally, I decided I was going to puke if I didn't eat, and we left for our favorite place, a few towns over. When we got home, around 9pm, there still wasn't a call. We watched some TV, then went to bed.

On a weird note, I dreamed about Jonathan Rhys-Meyers. It was so strange. There were other "famous" people in it, although I dont remember who they were. The only part of the dream I really remember was this strange, horror movie-esque chase scene. Perhaps if The Tudors were in season 3 already, I'd stop having dreams about the cast! I remember joking with Peter that I'd be pregnant and on the couch, watching the Tudors, waiting to pop. It's sad to think about it...

Around 8am this morning, the phone rings. It's the social worker's boss. She apologizes profusely and says that the social worker is ill, and that she (the boss) wasn't able to access her (the social worker's) voicemail until this morning. Since the boss had no clue the social worker had an appointment... You get where this is going. She apologized again and said that she would call us tomorrow or Friday to set up another appointment. I tried to be gracious and understanding on the phone. After all, things like this come up (and at least it wasn't an emergency). But I'm still so disappointed. It took us a month to get to this point. And, I know this isn't the right way to think, but it feels like just another thing in the line of things that aren't the way they are supposed to be.

I'm trying to think positively. We were so excited and nervous about last night, to have it fall apart. And we see Dr. Lee on Monday. I'm nervous about that as well. At the very least, we'll have blood work and an u/s to see what my body looks like, diagnostically, at this point, 10 weeks after our precious Alexander was born. From that point, we'll decide whether to press forward or to place this journey on hold. We've avoided talking to people about it because we don't want their feelings to go or not to influence us. We've been keeping it in prayer and are leaning towards one direction, even though it is the one that scares us so much. But, it is where we feel we are being led, both in singular prayer and prayer together. It's hard to have faith that things will work out when you are so scared about the past and the future. I think the final test is getting to her office and feeling the same feeling and answering the question of "yes" or "no" with the answer you feel called to. That's all any of us can do.

I'm glad we didnt really tell people CSS were coming. I would have hated to get their hopes up just to see them crushed, too. Like I said, I'm not doing too well with the thinking positively about this. But I'm trying.
Posted by Michele at 10:55 AM

I know it is hard to stay positive. Just take it one day at a time.

Sorry to sound dense....I went back reading to see if maybe I had missed a post or something....but what was the CSS meeting for? Are you Peter thinking about adopting? I understand if you don't want to talk about it...which could be the reason I couldn't find anything in your blog about it.....(((hugs)))

http://mylifeafterloss.blogspot.com/2009/01/am-i-still-here.html talks about going to CSS to do the initial talk, and then there's a later post about scheduling the appointment. You aren't dense at all. We're thinking of fostering and, if that leads to adoption, great. We just cant afford adoption at this point. Our insurance covers reproductive therapy or we wouldnt be able to have had our three beautiful children. This is all so much to keep up with...

The ups and downs of greiving are hard enough. I just wish you could count on something -like an appointment - just one thing to feel sure of.

So sorry. Hope the food helped a little.

I hope they get it right next time. But at least they both called and apologized, that's good.
I'm sorry that even this is leading to disappointment, even if it is only temporary. You deserve better.
xxoo

I understand about the not wanting to tell people and have them influence you. I don't think people understand that even if you have more than one loss, maybe you still do want to try and get pregnant again. Maybe it is God's will that you go on to have children through your own womb. I think people are very judgemental when it comes to this, and it's unfair to us. I had people doubt I should have gotten pregnant with David so soon, and I know they are saying "I told you so" to themselves.

It's nobody's business but you and Peters. I support you in any way you need it, and if you want to talk you know where I am :)

How frustrating this must have been - to go through the emotions of getting to the point where you invite someone to your home and then to be let down like that - and knowing that it was bc she was sick doesn't take away from the disappointment you went through. I wish you and Peter peace through the coming days and decisions. Anything you decide to do will be the right thing for you; if you feel that trying again is what makes sense than you should do it and not worry yourself with what anyone else might think about it. We can't know what the universe has in store for us, we just need to be there when it happens.

Thanks for your supportive comments on my blog. I really appreciate your thoughts and perspective and want you to know that I will be here to offer you the same level of support.

I just wanted you to know I'm thinking of you today. I read your babies' stories and they touched my heart. I pray that you find some peace and joy. Thank you for sharing your sweet babies.