When I was pregnant the first time, at the very end of 2000, the idea that I would miscarry never crossed my mind... until I did.  After what felt like forever, when I finally got pregnant around Halloween in 2007, once I crossed into the magical second trimester, the thought that I wouldn't see those beautiful babies open their eyes or cry their first cry was never a thought.  I didn't even mark the 24th week on my calendar, because it was a no-brainer that I would get there and beyond.  I mean, sure, I'd probably deliver preemies, but it wouldn't be that big of a deal.  Multiples were born prematurely every day, spent some time in the NICU, and were fine.  It would be fine.  But then... it wasn't.

By the time I was pregnant with Alexander, the 24th week was well marked on my calendar.  Mid-January was my line in the sand.  January 11, 2009...  We would make it.  We were watched.  There were no indicators that my loss of Nicholas and Sophia was anything other than a fluke.  Right?  But wrong.

By the time I was pregnant with Bobby and Maya, in March of 2009, I chanted that 24th week like a mantra.  It was a part of every single prayer.  August 15th.  We just had to make it to August 15th.  Peter's birthday was few days prior and the only gift I could hope to give him was still being pregnant.  And finally, after TVC on board and month upon month of bedrest, there we were.  24 weeks.  With all it's fear and relief.  And then, one more day, just one more day.... September 10th, they were born with tiny cries and bright eyes, and things almost felt right in the world.

I never thought I'd have to consider another 24th week.  But then came Michael's and Lucas's  (for Lucas, I didn't even write a 24 week post... I did one at 27w.)  To say that life was different and busy is an understatement but, honestly, the 24th week, while something I knew, was something I forced myself to walk away from.  I couldn't just want that anymore.  I had to be okay with whatever happened.  I needed to be.  I knew that I'd be broken should something happen to one of the boys, but, I knew that, no matter how much I wanted to be, I couldn't be really broken.  I had the twins.  They needed me more than I needed myself.

And, as this pregnancy with Anna has gone forward from week to week, I have four little ones who need me to live for them, regardless of what could happen.  And yet, here we are.  24 weeks.  Viability day,  If Anna were born today, a hospital couldn't turn us away for life-saving help. 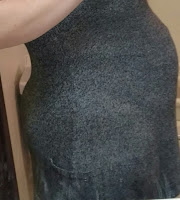 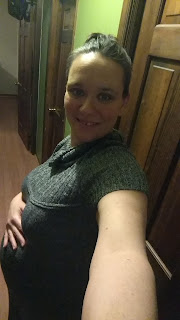 It hurts to think that yesterday even, a hospital could have opted to not save the life of this bouncing baby girl who kicks and dances and responds to her siblings as they read to her and snuggle against my belly. But today, the game changes.  Today, she is considered viable.  The odds would be stacked against her, no doubt, but they would try.

Less than 4 weeks from now, we will be where Bobby and Maya were born.  Less than 100 days from now, she will be here.  At this point, we are looking at a 38-39 week delivery.  So, early May.  I've already started clearing my schedule of things; most everything is over in April for me, just because, as much as I 'think positively', I also can't shake fully my history.

But in many ways, I choose daily to let go of the fear.  As Michael's pregnancy showed me and Lucas's reinforced, there is not much that I can do, outside of live.

And so live we do.  Each day, every day, moving forward until the day that this very special little girl enters the next phase of her journey, here on the outside, with us.
Posted by Michele at 11:06 AM