We have a membership here because the kids love it so much.  The exhibits change quarterly, but even if we go twice in a quarter, there are so many things to do that they end up doing something different.  We went with a friend and her daughter this time, and luckily, it wasn't crazy busy like it was the last time we went!  That being said, field trips to interactive museums with 3 kids and a pregnant mommy are always exhausting!

One of the great things about the DaVinci Science Center is that it really works for all the ages of the kids.  Michael has a blast at 2 years old and the twins have a wonderful time at almost 6 years old.  If you are local to the Philadelphia area, DSC is a good mix between Please Touch and the Bucks County Children's Museum (both of which are family favorites as well).

We started off with "driving", which is one of Michael's favorite things to do... 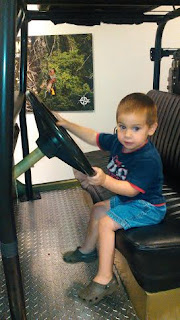 before we moved on to Michael and Maya designing their own Mack truck!  It would be quite interesting to see that bad boy on the road! 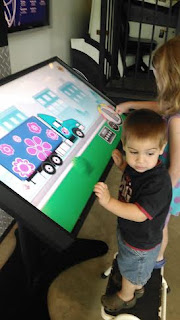 Together, a favorite exhibit is the water table, where the kids are able to divert water with small, plastic boards, then see what happens when they send a boat down the trail they've created. 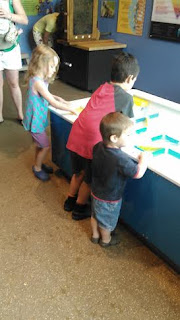 The twins also adore the wind machine.  It's $2 extra for about 60 seconds, but the wind hits 100mph and they LOVE it. 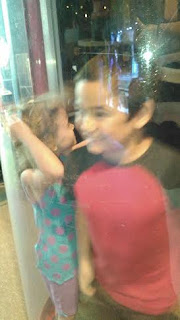 Another favorite of all three was the new "Tunnel Vision".  They were able to go through a tunnel in complete darkness as well as with the lights on.  I thought I was going to lose the kids there! 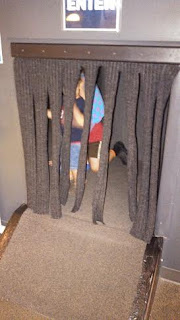 Bobby enjoyed both the fossils and the shake tray, where he built a structure and then shook it to see how long it would take to fall.  He also attempted doing some engineering with one of the computer stations.  He also enjoyed creating sand art with the funnel, which was neat to watch. A huge favorite of his is pulling the weights- he was even able to pull down the 120 pound one!  At 65 pound, this kid is strong!

Maya had several things she really enjoyed on this visit.  She dug for bones, investigated geodes, and enjoyed touching crabs and starfish.  Like Bobby, she enjoys the weight station.  She is easily able to move 30 pounds (she weighs 36 pounds, so that makes sense), but she basically uses the other three (40 pounds, 60 pounds, and 120 pounds) to do acrobatics on!  She did really enjoy crafting a trail for a ball to follow; it was neat watching her try and fail, then reconfigure until she got the perfect set up.

When she was finished, it became something they all liked to play with!

Michael really liked the truck making and driving, but he was thrilled when Bobby showed him how to do the shaking table.  While his tower was significantly lower, I think the fact that he was doing it alongside big brother made his day.  He also enjoyed the hot air balloon (where a screen displays what you would see if you were flying overhead) and the truck motor.  As soon as Bobby vacated the engineering station, he tried his hand at that, but I think it was more "Look! A computer!" more than "Hey, I can build a bridge!"

Our weekly field trips wear me out like nothing else, but the kids really love them.  And, with about a half dozen different memberships to places within an hour or so, we have our pick of what to do.  We tend to do things once every month or two, and the kids really enjoy picking up new things at old favorites.  I'm always craving a nap at the end, but they are always so happy and relaxed after an outing.
Posted by Michele at 11:55 PM