In anticipation of Michael's arrival, we've wanted to do things with Bobby and Maya, to ensure that they have some special pre-baby events.  On top of that, with their summer vacation between preschool and camp (3 weeks), we wanted to have some fun yet educational experiences with them.  Our big plan this week was to take them to the Please Touch Museum in Philadelphia, about 20 miles from us.  They've been to the "discovery"/touch style museums before (much smaller ones) and have enjoyed them, so we thought this would be a great time.  Peter took the day off work and we headed down to Philly after breakfast.

And what fun they had!

We had a one parent-one kid ratio, and rarely were the four of us together, but the kids had fun at the exhibits and we opted to apply our admission to a family membership.  We rode the carousel, which Bobby cried through.  (This is the second time he's been on a carousel and screamed bloody murder.  The first time, we thought it was because I didn't ride with him, but this time we all rode together.  He didn't want to sit on a horse, so we even tried sitting on the chair this time, but still...  very upset.)  Otherwise, though, the trip was great.  No issues at all. 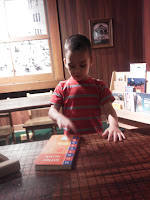 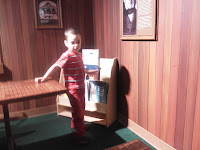 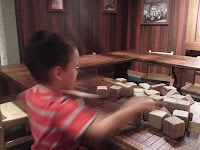 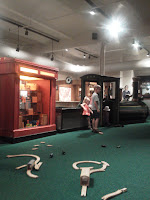 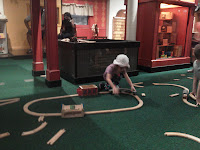 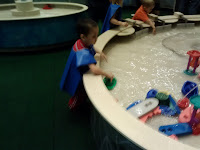 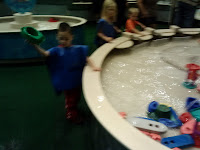 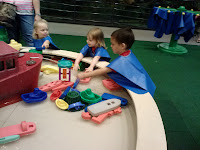 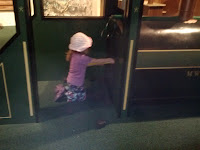 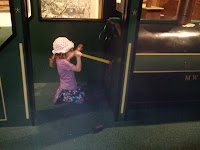 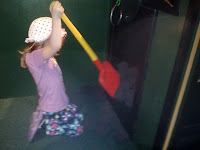 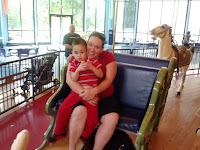 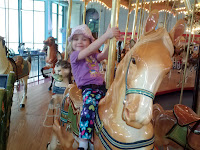 We had initially thought we'd leave the museum and go to Reading Terminal Market for lunch.  The kids didn't want to leave though, so we gave them the option: RTM for lunch or staying at the museum for lunch.  They chose to stay, so we sat outside and had lunch, which was surprisingly decent and not nearly as outrageously priced as you'd think.  We were there several hours and, excluding the carousel, both kids had an awesome time.  They didn't want to leave but, at the same time, they both realized they were tired and they wanted a nap.

We told them they could pick out something in the gift shop (for $10) to remember their trip by.  Bobby picked a train and some PEZ candy (his fave); Maya picked some bubbles and a stick candy.  (And, thanks to our membership, we actually spent less than $20 because they discount the gift shop for members!).  They walked back to the car without issue, and really, all in all, it was a fun trip.

Keeping them awake in the car was a challenge and napping once we got home was a bit more work than the usual 5-10 minutes, but I'm glad we are at an age where, for some special days, we don't have to be married to the 1:30-3:30 nap and that we can start a nap at 3pm and it will be okay.
Posted by Michele at 4:37 PM